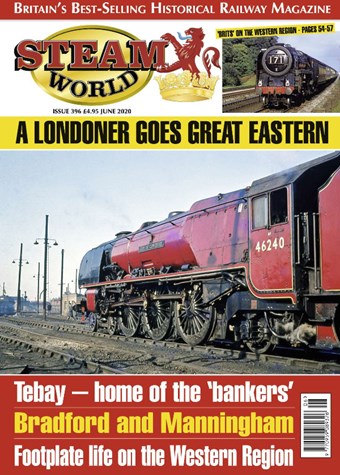 Dennis Herbert was in at the deep end when on his 17th birthday he was promoted to fireman after just 268 days as a cleaner. Dennis has a wealth of stories of the drivers he worked with and his experiences in the early 1950s as he learned his trade.

It’s a fascinating account that illuminates the golden age of steam and the June issue of Steam World.

Nigel Harris, Steam World’s consultant editor, explains how his own lifelong passion for railways began in Burnley Wood, Lancashire in the late 1960s.

As ever, Steam World is full of great pictures - from photographer Peter Filton’s look back at what was happening in June 60 years ago to the superb picture of King’s Cross station in the 1930s with war looming.

It’s the detail in the photographs and the words that makes Steam World Britain’s best-selling historical railway magazine – the June issue absolutely stands out.