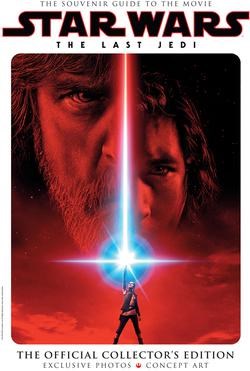 The latest chapter in the saga is here! Star Wars: The Last Jedi is the epic new movie following the stories of Rey, Finn, Kylo Ren, and Luke Skywalker!

LUKE SKYWALKER BEYOND THE LAST HOPE

Choosing to go into exile after his dream of a new training school turns into a nightmare, Luke looks to be the last Jedi. Is this really the end of the order that once protected the galaxy?

The Resistance's efforts against the First Order's impressive fleet may seem to be hopeless, but they have a few ships that might just hold back their foe's attack.