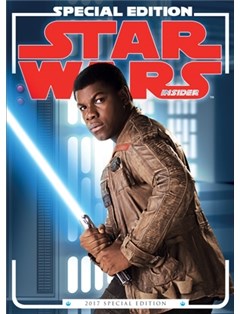 An interview with one of the newest Star Wars stars, the charismatic John Boyega.

Tricia Barr gets into the head of Anakin Skywalker and explores his somewhat rocky "Hero's Journey."