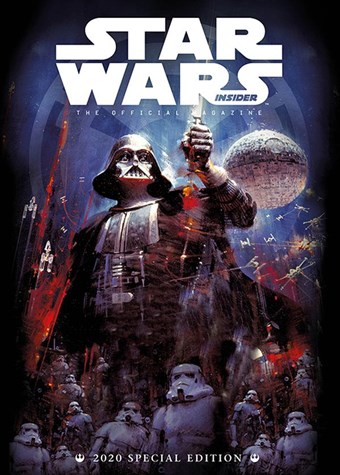 In this galactic special edition, Insider celebrates the Star Wars saga and the people who have contributed to it over the years, including:

In Conversation with Carrie Fisher, 1982 - The saga's rebel princess speaks out in a vintage interview.

The Power of the Dark Side: Kylo Ren - Unravelling the complexities of the sequel trilogy bad guy.

Tales from the Red Carpet - The filmmakers behind The Last Jedi discuss the making of the movie.

Practical Magic: The Surprising Effects of the Prequels - How old-fashioned models were used to give life to the galaxy in the prequel trilogy.