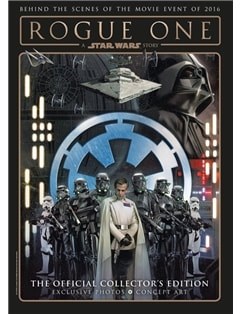 Unseen images, shown full size and with detailed information, will bring fans up close and personal to the movie, in-depth profiles will allow readers to get to know a whole new cast of characters, while exclusive interviews will reveal secrets about the making of the film as told by the cast and crew, including key cast members and behind-the-scenes crew.