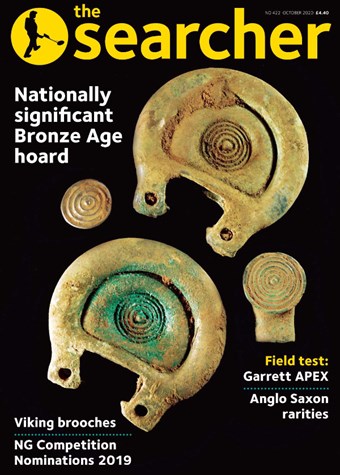 On the cover this month is a ‘Find of National Importance’ discovered in the Scottish borders by Mariusz Stępień. It was blocked lifted and will be excavated under controlled conditions but what’s been revealed so far looks stunning. We also have Viking brooches from the Isle of Man and also we have part one of the Garrett Ace Apex field test by Daniel Spencer. He also tests the new Nokta|Makro Simplex+ coils and the Midi Hoard. In this issue we have the nominations for the Nations’ Greatest Find competition from England, Wales, Scotland, Isle of Man, Jersey, Netherlands and Flanders. There is of course so much more in this issue to inspire and admire.