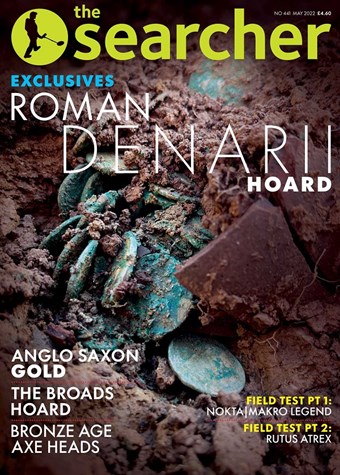 What’s new in this issue?

On the cover this month is yet another hoard found on a Metal Detectives dig. The Roman denarii hoard was found by Dave Tombs and Mark Becher called Anni Byard to help block lift it for micro-excavation at a later date at the British Museum.

Other fantastic featured finds are an Anglo Saxon high-status gold mount, several Anglo Saxon coins, gold staters and an Iron Age Hoard from Norfolk. Daniel Spencer field tests the Multi-frequency features on the RUTUS Atrex and also the Legend from Nokta|Makro. There is of course a lot more within these covers!