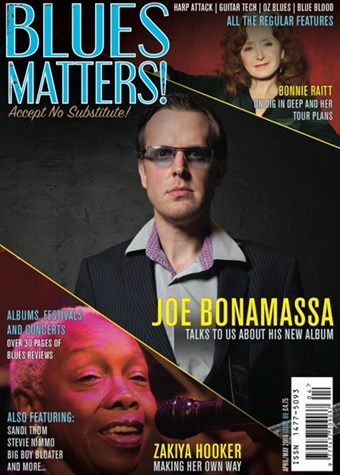 Isle of Man born Davy Knowles is also featured and talks about his first band Back Door Slam, touring America and how he prefers to record live, straight after touring.

Devon Allman visits from the US and talks to our writer Pete after his show in May at the Boom Boom Club in Sutton, they discuss the tracks from his latest album, his influences and his Curtis Mayfield tattoo.

Features include topics such as the 38th Blues Music Awards, on tour with Stevie Nimmo, the Little Acoustic Stage at the Atkinson Theatre, Radiating the 88’s Part 6, US Travels and Scandinavian Blues Part 3.