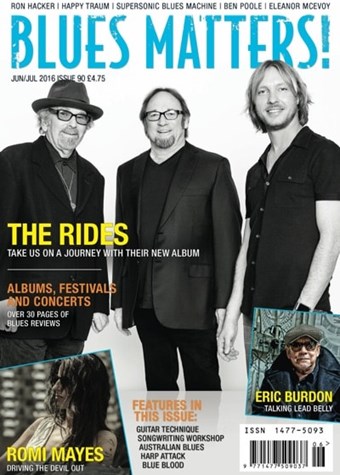 Happenin’
Regular features Harp Attack and Kitchat plus Blues news from around the globe, and those Blues heroes who have played their last note

Blue Blood
New blues artists, or old faces in new bands, keeping you up to date with what’s new on the scene. Ali Clinton, Hailbails, Michael Rossiter, Joe Crib and the Seed Drills and more…