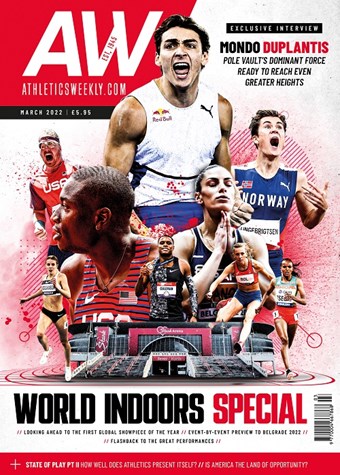 A single issue of AW will cost £5.95 plus postage, whereas a subscription to AW costs from as little as £9.99 monthly. Plus as a subscriber you will receive:

More than just a run

34        Is a Stateside scholarship for everyone? Peta Bee looks at the pros and cons

40        Final preparations for the World Indoors

The boy who could fly

Eyes on the prize

48        Steve Smythe pores over every event and predicts the World Indoors medallists, starting with the men's and women's 60m clashes