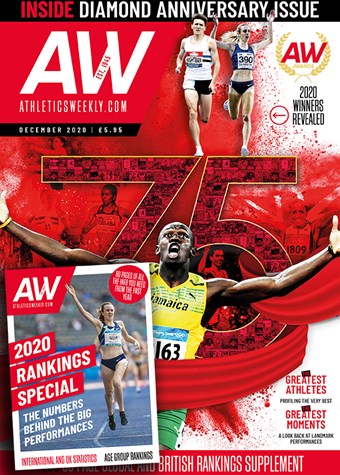 12 News in Brief – the biggest stories from the past month

14 Who are your choices for 2020? We unveil, talk to and analyse the performances of this year’s winners

ME AND MY CLUB

74 The latest news and research
76 How They Trained – comparing the approaches of Coe, Cram and Ovett

94 A Jump With ... Nikki Manson
95 Test your knowledge with our quiz
96 Have Your Say: readers’ letters and opinion